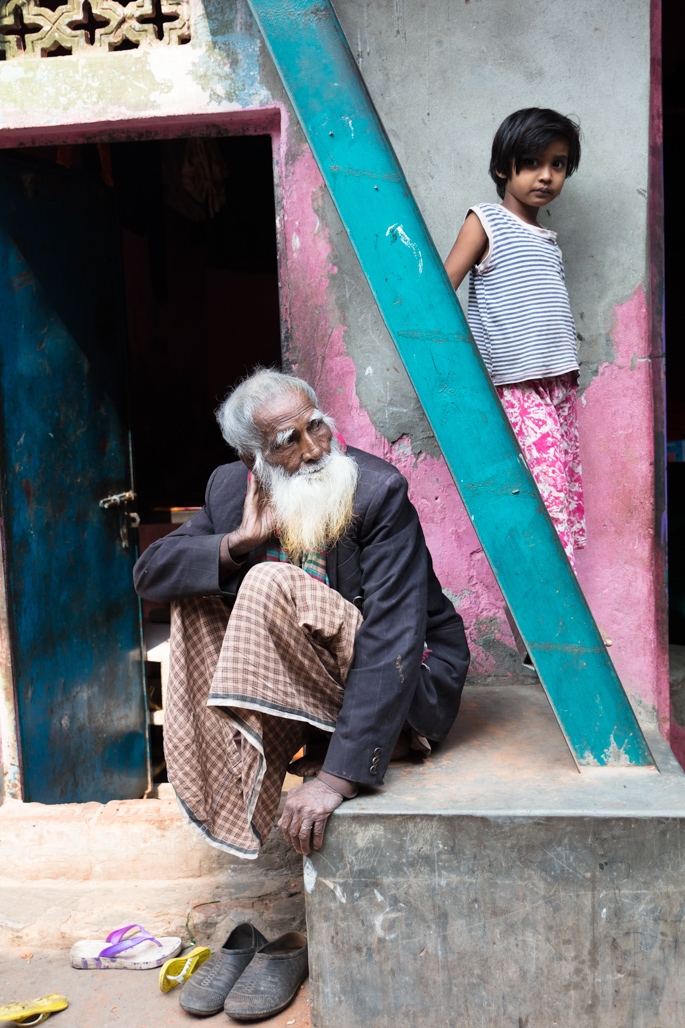 The slum in northern Dhaka is only slightly larger than an acre but the tin-and-concrete homes packed inside its borders hold upwards of 25,000 inhabitants. The neighborhood, known as “Geneva Camp”, is crowded and undeveloped; families of ten people typically live together in single rooms, there is only one latrine for every ninety families and no more than 5 percent of the population has a formal education.

The Biharis are descendents of Muslim refugees who fled from India in 1947 to escape religious violence. They speak Urdu, making them clear outsiders in a population in which 98 percent of people are ethnic Bengali and speak Bangla. Today – more than 45 years after the war – the stranded Biharis are still living in the camps. A stateless and forgotten people, they are subject of widespread discrimination. Forbidden to hold passports or even enroll in most schools, the Biharis count themselves among the poorest and most marginalized in all of Bangladesh.